You are welcome to peruse our Gallery of Photos of the Wallis Spirit Dragons in action as well as photos of our beautiful lake!

In most, but not all browsers, to see a full screen version of an image, right-click on the photo and select "View Image"  (or similar) from the drop-down menu.

Paddling from the Aquatic Club site - figuring out the best way!

SOMETHING AWESOME MOST MORNINGS!​

The weather might not always be perfect, but the experience is always a buzz.
It was a bit hard to get good photos, but a great night! 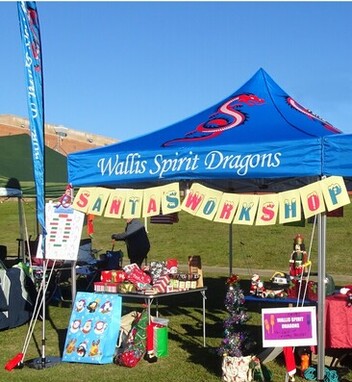 Wow, wow, wow! What a weekend. Our first time ever at a regatta for a maximum 10 paddlers in a 20's boat and boy, did we do well - on and off the water. Read on.
2 KMS TURN RACE
This is not strictly a marathon and it is definitely not a sprint. It is described as a "sweep's race".  There are 3 tight turns requiring great communication and rapport between paddlers and sweep.
WSD participated with Hunter River Dragons.  Janne, Pat and Brian paddled, Sally swept and Elaine drummed. Janne had not been paddling much, Sally had never swept a 2kms race, Elaine relished the idea of yelling encouragement but keeping an eye on paddlers' faces  and Pat and Brian just thought "yes, we love the competition".
Remember, this was a 2 kms turn race with 10 paddlers competing against the clock and 9 other crews. The WSD/Hunter River Dragons combo went out 2nd in their heat with 20 secs separating each of the 3 boats at the start.
The paddlers were brilliant, Sally was fantastic, the drummer found it hard to contain her excitement and the WSD/Hunter River Dragon combo made up enough time to pip the first boat at the finish. The final result was 4th out of 10 boats - one almighty effort and a HUGE buzz. Sally was over the moon at how the paddlers responded at her "lift" calls and they just kept on keeping on.
THE SPRINTS
You'll remember that we could only participate in the women's and men's events, not the mixed. The women were up first and we competed against one other crew in our first race (the width of the Macleay River at Kempsey meant there was a maximum of 3 boats in a race). We had an unfortunate start "thanks" to the official starter but we made up time and so very nearly came first. We paddled really well - the strokes set a great rate and we just went for it. Christine Semark apologised afterwards for yelling out "let's go for it"! Did we care? Not a bit of it. We just loved being WSD doing our thing. Our second race was even better - it all came together. Great start, great race rate, great paddling, 2nd in our heat.
Brian paddled with the Titivators in the men's event and did what Brian does best - putting everything into it. He's a great ambassador for WSD and never has a problem getting into a men's crew. If only he could be in a WSD mixed crew!!
BUT WAIT... THERE'S MORE!
This regatta had a theme and it was - surprise! - Christmas in July. A prize was offered for the best dressed gazebo. WSD's idea was Santa's Workshop. Wrapped "presents", toolbox, Elf roster, Christmas themed cakes etc etc  were all part of the look. So, who won? WSD of course!! Well done to those who came up with the idea and those who helped bring it all to fruition.
And then there was the raffle. There's always a raffle. Lots of prizes, lots of tickets sold but Christine Semark and your truly won 2 of them (but I have no idea what!)
IN APPRECIATION ...
To Sally, who took on the bulk of coaching to get us fit enough to even contemplate competing in a 10's competition.
To Chris and Lindy who stepped up as sweep and drummer to ensure we could compete with a full crew of 10 paddlers rather than the minimum 8.
To the non-Kempsey WSD paddlers who came out in the cold so we could get the big boat out in the mornings.
To Sally, again, for booking the accommodation and fabulous Thai restaurant.
To Derek and John for being a great support team and giving us valuable feedback.
To Bunny and Pippy (apologies if I have the wrong spelling) for behaving so well.
To all the WSD crew for being a great bunch of people who were always so positive! 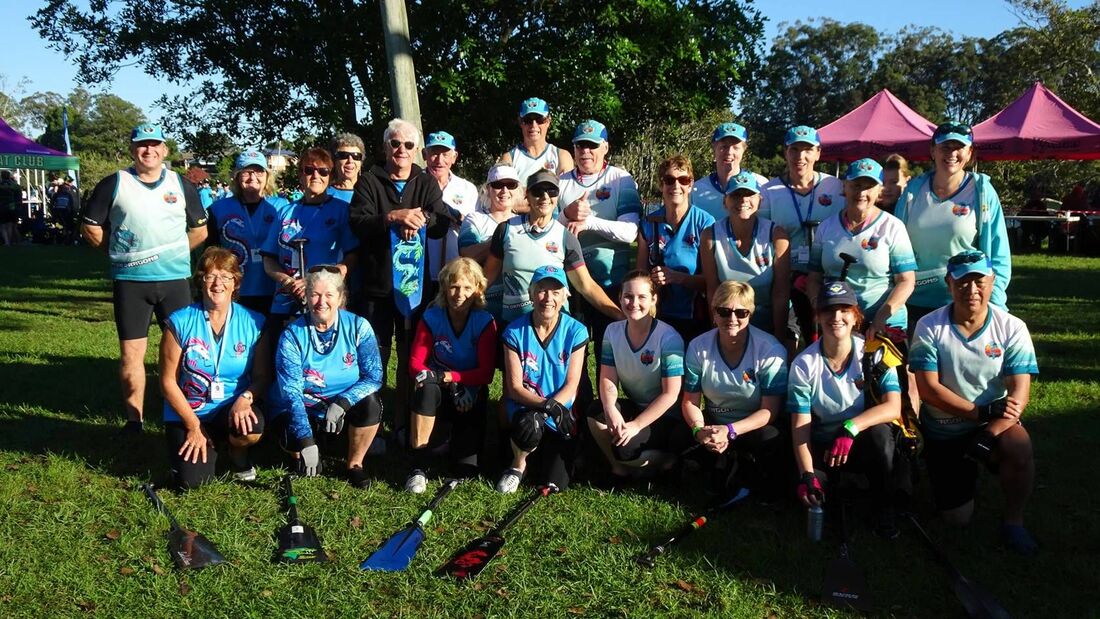 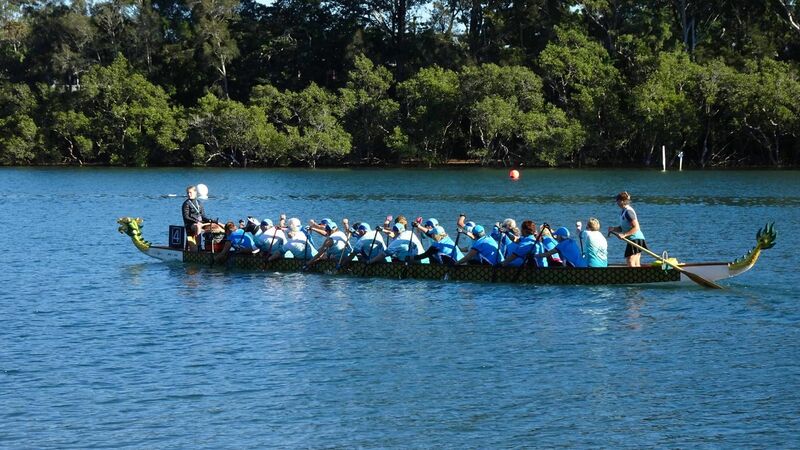 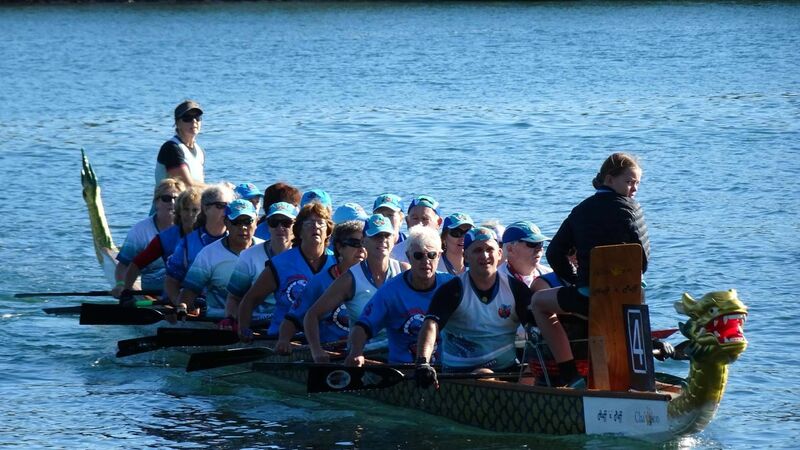 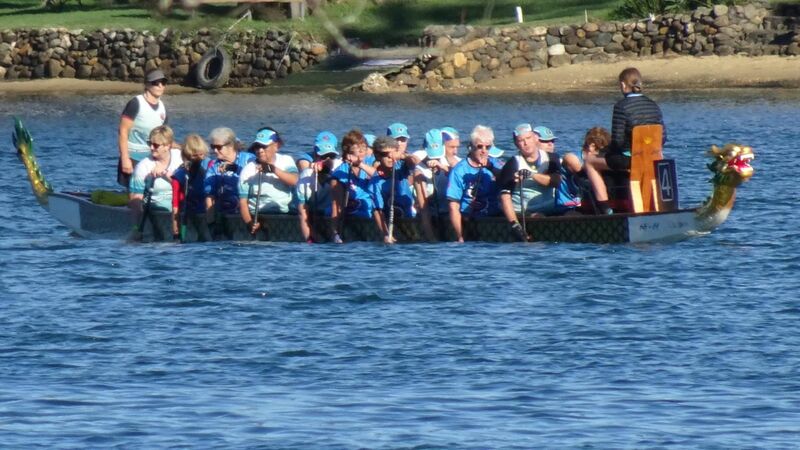 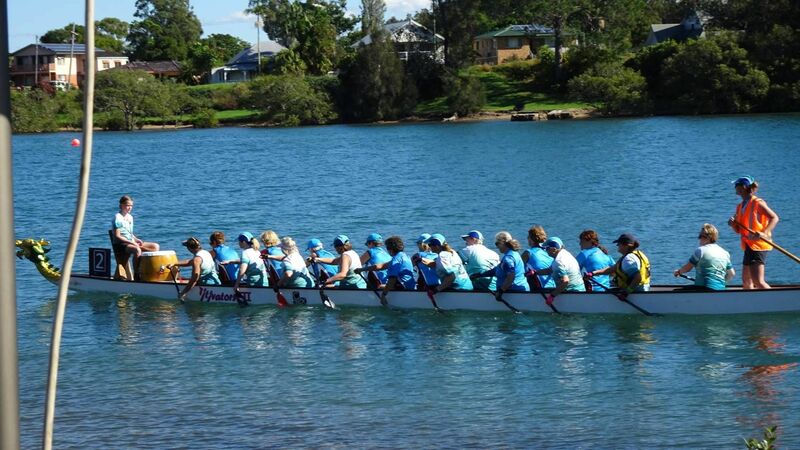 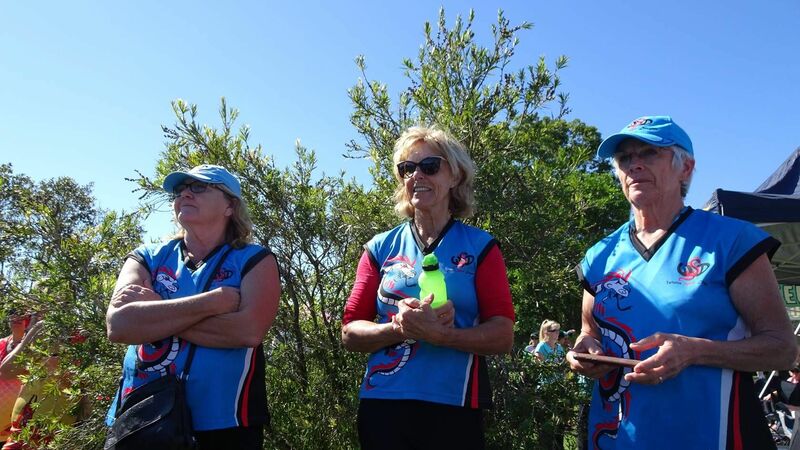 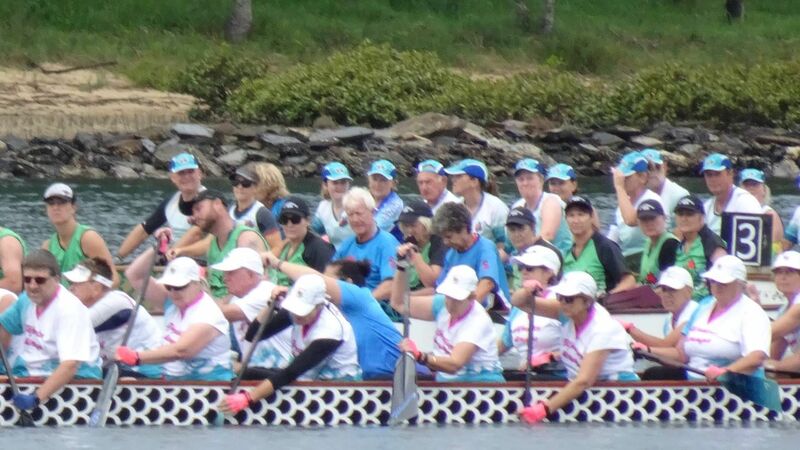